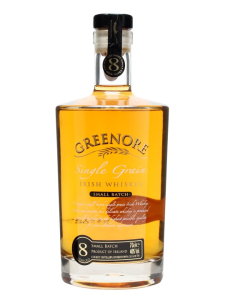 And back to the Irish marathon that everyone loves and hates, all at the same time. So grab a potato, sit back, and generally enjoy a distinct culture.

Up next, c/o Flaviar to me, is Greenore 8. This is 100% Single Grain whiskey, which was aged in ex-Bourbon casks. Produced by the Cooley distillery.

Also, in contrast to other Irish whiskies, this whiskey is made with Column stills rather than Pot Stills. It’s also made with Maize and Corn in just one distillery, thus the name Single Grain Whiskey.

Which confuses me, because I don’t usually consider Corn a grain. Granted, who am I to judge? Wait, that’s exactly what I’m doing… oh well, time to judge it.

Where’s my judge’s robe? I’m not really a judge, I just like wearing a moo-moo and black makes me look great. 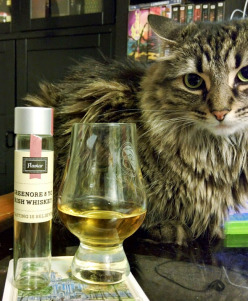 Looking forward to the @Albertadistillers Rye Whisky Academy  tasting tonight with @davindek !
Some drams call for a hefty pour
There's something in the water..... And we're giving it away! @somethinginthewaterto and @niagarafallscraftdistillers tag teamed to release this rum cask finished Canadian whisky, coinciding with the grand opening of the brewery in Liberty Village. We will have two lucky winners of this giveaway, and the first winner will get to choose between this bottle or a beer/whisky tasting flight at the brewery! Follow these steps to enter the draw:
Hope everyone was able to enjoy a good dram or two this long weekend.
A strong pour to help get through the Leafs vs. Lightening game 6 tonight.
Heads up to any Islay fans in Ontario. The Laphroaig 10y CS Batch 13 now available for online order.
My Tweets