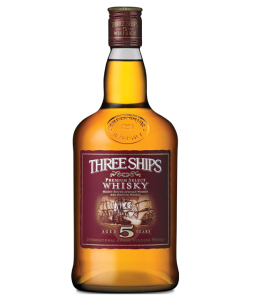 Thanks to /u/slackerdude for the sample.

I am a firm believer in supporting young distilleries in regions that aren’t as well known for whisky. Imagine if we hadn’t; we’d have no interesting Japanese whisky, or Indian whisky, or even Australian whisky.

Yes, I know, sometimes it doesn’t turn out ‘okay’. Sometimes it tastes poorly. However I still believe eventually something will rise out of lesser known regions.

Today’s is South Africa, with Three Ships 5 Premium Select. The James Sedgewick distillery, which makes this blended whisky. It’s a mixture of malt and grain whiskies, and won the 2012 best blended whisky in one of those contests that are rigged to heck and have no formal backing. You know the ones?

Also Jim Murray gave it a 93/100. While that seems pretty low for Jim, let’s not hold it against the whisky.

They use American oak in these, and while…

Another year, another great Port Charlotte release from @bruichladdich
Last night we had the opportunity to partake in something AMAZING, experiencing the #bowmoreartoftime in a myriad of ways.
GIVEAWAY ALERT! Gooderham & Worts is #homefortheholidays at the historic @distilleryto and holding master classes with @spiritofyork hosted by the venerable @davemitton! We have a pair of tickets to give away to someone ($150 value) for the class on December 12 at 7pm. Tickets also give line and ticket bypass to enter the holiday market at the district. To enter:
Happy Thanksgiving to all our American friends!
The lowland that got away... This Rosebank 12 from The Distillers Agency was bottled in the mid 80s and originally sold for just $25.99! It's worth a tad more than that these days...
Christmas came early - really looking forward to enjoying the new @amrutmalt Spectrum 004.
My Tweets