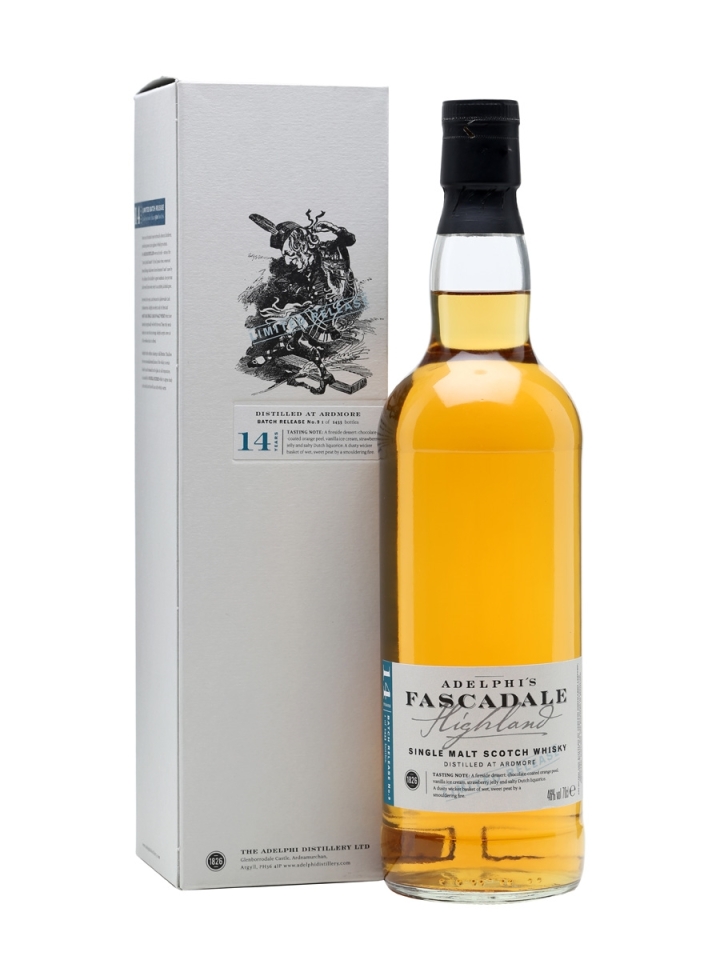 Thanks, for one final (for this series, at least) dram from /u/xile_. And then I needed to uber home, because I’m quite discombobulated.

Quite the Adelphi braggart these days, aren’t I? I promise, I’ll do some other IB soon. And maybe the odd OB too.

But that’s in the future (or the past, or the present, depending on when you read this, when I, the narrator actually exists, or if time is consistent across all planes). For now, I’m reviewing Ardmore Adelphi Fascadale Batch 9. This one stands out amongst the other reviews for a few reasons.

For one, previous batches of Fascadale were made from whisky from Highland Park. This is the first one that is made using Ardmore. Why the switch? I… don’t know. Maybe Highland Park didn’t have the stock. Maybe Ardmore tasted more like what they were aiming for.

You see, Adelphi is currently…