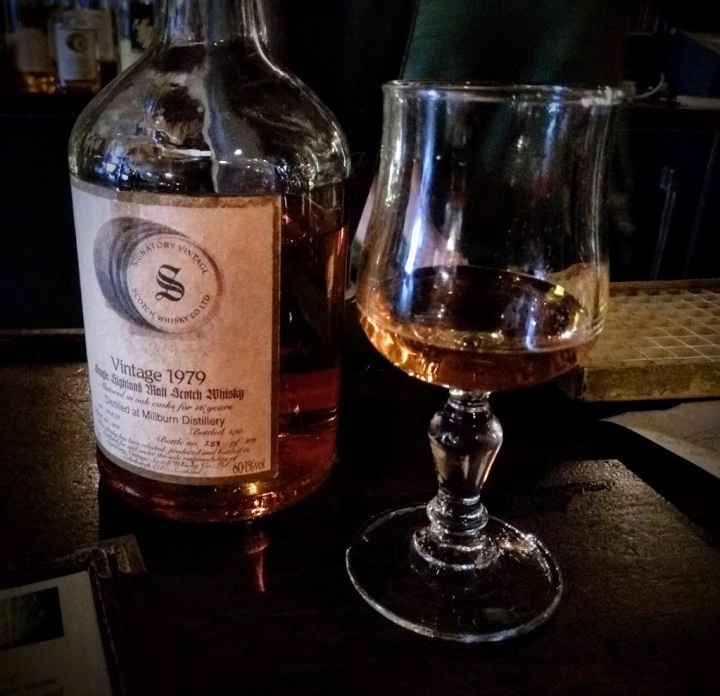 The Feathers Pub! That’s where I went.

What in the what is Millburn distillery? Well like a lot of the world, they stopped producing quality spirits in the 80s and fell into ruin, leaving us all with a gaping hole in our chests where they used to be.

Well… that was a little melodramatic.

The distillery started in 1807, before the Excise Act of 1823. They have a nebulous period where they both existed and didn’t between 1829 and 1853, when it was bought and turned into a mill.

In 1876 someone realized that corn blows and whisky rocks, and turned it back into a distillery.