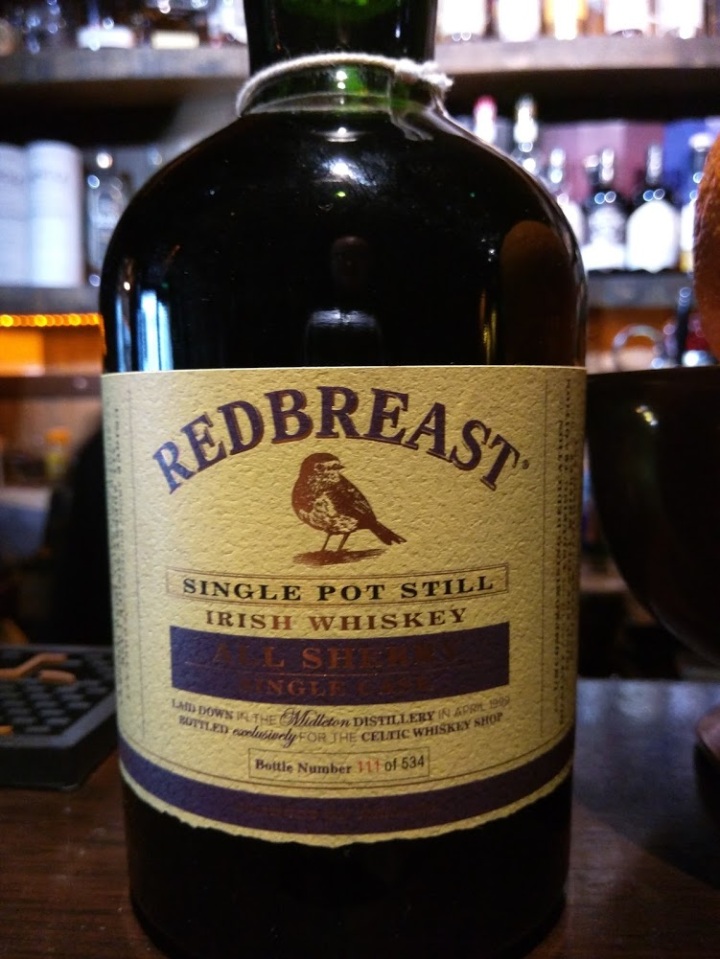 And we’re back at Dingle Whiskey Bar.

I mean, we already were there for the last review, but we’re here again because they have a whiskey I’d like to try. A specific one this time, not just “a third their stock”, like usual.

Redbreast 1999 All Sherry Single Cask (cask #30088) is an interesting duck. Let’s not do the duck joke again though.

Single Casks of Redbreast are quite rare. Based on talking to one of the workers at The Celtic whiskey shop, where this specific bottle is an exclusive, La Maison du Whisky has received a few, and Whiskey Exchange has received some. And now, for the first time ever, Ireland has received one.

Man, everyone’s a dick to the Irish, even the Irish.

Joking aside, I was informed that there was some back and forth whether this should have been cask strength, with Midleton (who make…