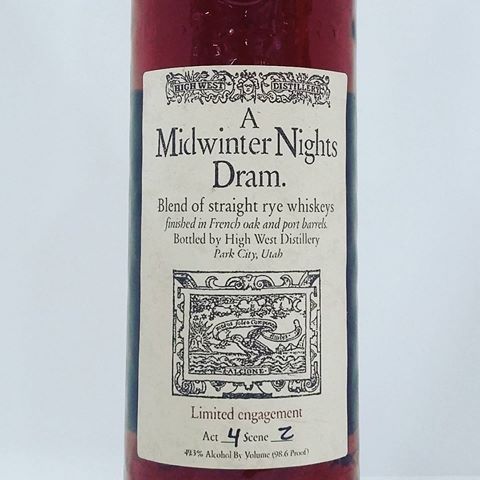 Thanks to /u/theslicknick6 for the sample

High West Midwinter Night Dram Act 4.1 is a blend of straight rye whiskeys. The rye whiskeys range from 5 – 20 years old, and this whiskey is released yearly, with a new act coming out each year.

The whiskey is aged in new, charred, white American oak and then finished in French oak port barrels.

The name is a play Midsummer’s Night Dream, which was written by William Shakespeare, and involves the Faeries, love potions, and someone making love to an ass.

The mashbills of the ryes used are as follows:

This is the fourth I’ve reviewed, and I preferred Act 1 so far. Let’s see how these do.

Price: N/A at the LCBO