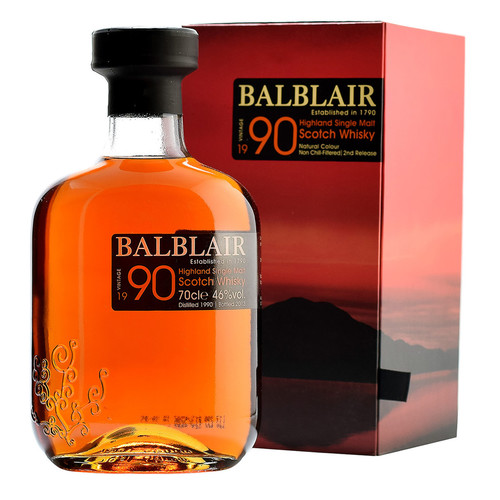 Thanks to /u/cake_my_day for this sample

If you’ve been watching my whisky reviews like a hound, then may I suggest a new hobby, because I write a lot of reviews.

You’ll also know I make that joke way too much. However you’d also note that I’ve reviewed a Balblair 1990 (2nd Edition) before. So why such a quite re-review?

It would seem this particular run was taken out of the ex-bourbon barrel after 21 years, then placed in ex-Oloroso casks which were tapped over and over again.

Leaving us to now have editions and bottlings from this one, all of which slowly grow more and more and thus have different flavour profiles. I’m not going to go all crazy hunting them down, however…