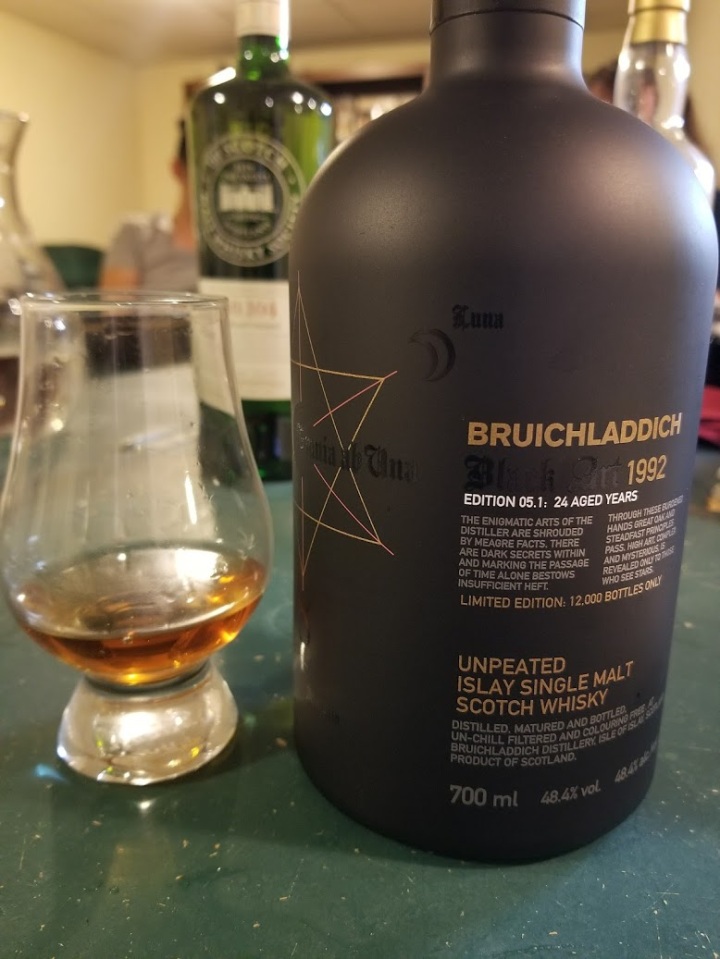 I have an odd relationship with the Bruichladdich Black Arts line.

Not odd like I’m secretly in love with the bottle design (though I do love my goth ascetics) or odd that I’m going to make a joke about somehow using it as a fleshlight. Google that. At work. In front of your boss. It’ll be funny.

No, from the first time I saw this release, I was interested in it. You can’t see the whisky. The scores for some of the initial releases were legendary. The idea of getting it in my part of Canada was laughable.

Then the third release came out, and there was talk about how it went in a new direction. The first and second had been so many different flavours hitting you at once. The third was more complex and less chaotic. It had it’s lovers and haters. The fourth edition popped up, and…

Happy Valentine's Day!
Which Benrinnes should I open next?
Happy Rabbie Burns Day! Lets make this a great 2021 so we can share a ton of drams together in 2022! Slàinte mhath!
It's Campbeltown time again, this time with the new Hazelburn 13 Year Oloroso Cask Matured.
You can't go wrong with whisky from @springbank1828 and the new Springbank Madeira Wood 17 Year is no exception.
New bourbon to break in 2021 - finally got 2019 William Larue Weller to go with the GTS and THH.
My Tweets