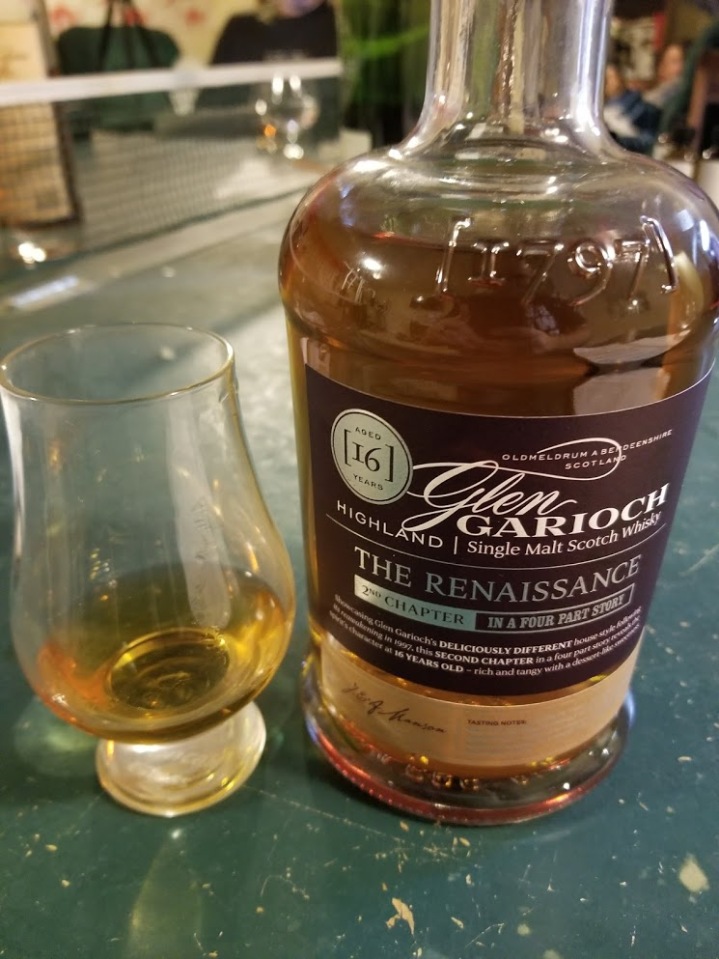 Glen Garioch used to peat their whisky. Actually, if we look at the history of Glen Garioch, they’ve had quite a few left turns in their whiskies.

Which isn’t a surprise, really, for a whisky that’s been made since 1797. It is surprising because Glen Garioch was an important ingredient in Vat 69 in the late 19th century. At some point (I couldn’t find anywhere I trust that said when) it wasn’t, and by 1968, the distillery was decommissioned and closed.

Then they started up again in 1973 and that’s when the peated malt started. Then they were sold in 1984 and rumour has it they changed again when Suntory took over. They became less peaty (something I sadly see as a trend when Suntory takes over a distillery).

Then they closed in 1995 and opened again in 1997, this time telling us that it’s no longer peated at all…