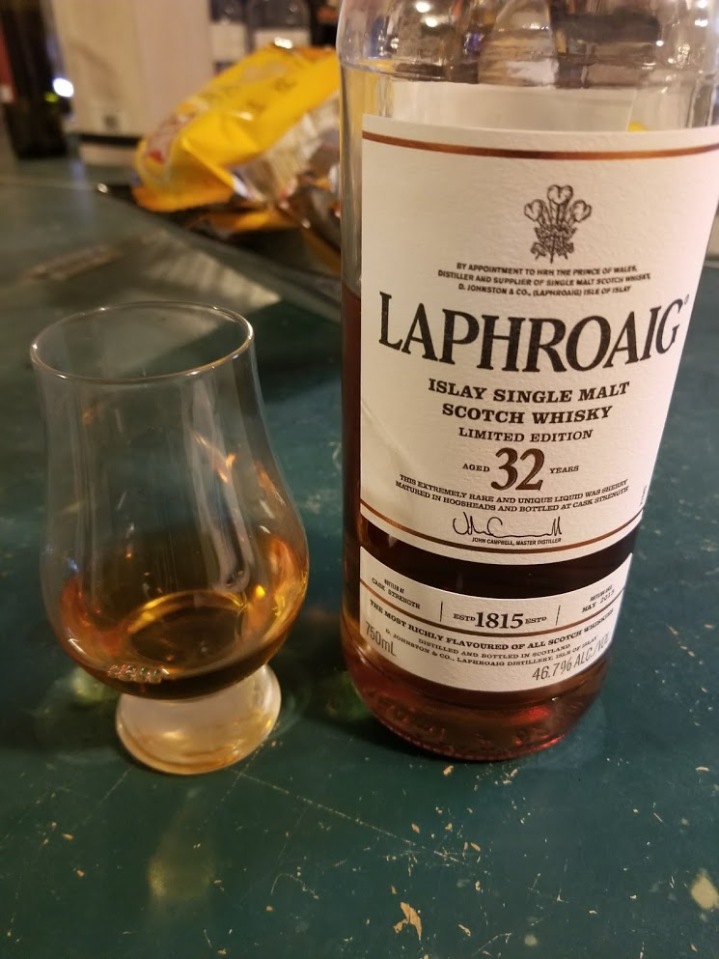 Thanks to /u/xile_ for bringing this bottle to the end of year tasting.

Laphroaig 32. The name says it all. You really don’t need to know too much more. I say to someone “Hey, you want a Laphroaig?” and they say “Sure”, if I say 32 years, they really don’t care the situation.

I could follow up saying it was in a cask that was used for crude oil and people would still want it. It’s old, cask strength, and from a distillery that tastes great at those times.

But this isn’t just me being offered a dram. No, it’s being reviewed. So let’s dive into it.

First up, why? Why does this exist? See Laphroaig just hit 200, and someone set up some casks 32 years ago to be ready for it. Thus in 2015 it was released, with just 5,880 bottles available. Three casks were used. And…