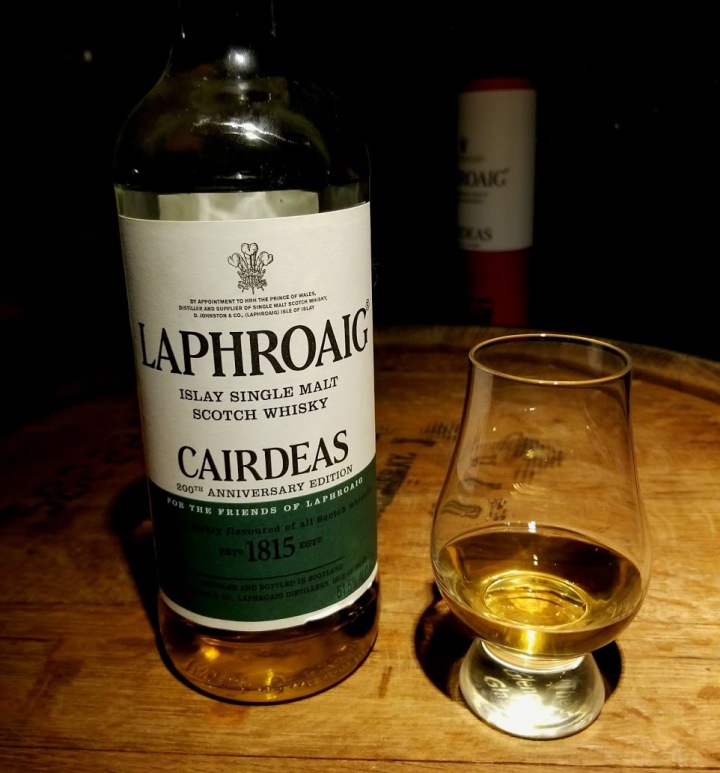 So… hey, I own this and haven’t reviewed it. I’m special, with a capital dumb.

And it’s not like it was jammed in the back of the whisky cabinet (which I’d show a picture if it wasn’t both deep (teehee), black, and not well lit, thus making it unphotogenic). Right up front.

But what is Laphroaig Cairdeas 2015 (200th anniversary edition)? Well each year Laphroaig brings out a new whisky for Fèis Ìle, done in a different way. And if you need to find out the age, up until 2017, the last digit of the alcohol percentage can be added to 201X and that’s the year it came out.

At least, I think it is.

So in the past years we had Amontillado Sherry casks, we had Portwood casks, and we had Origins, a simpler idea. What was 2015? Other than the last year of hope on earth?