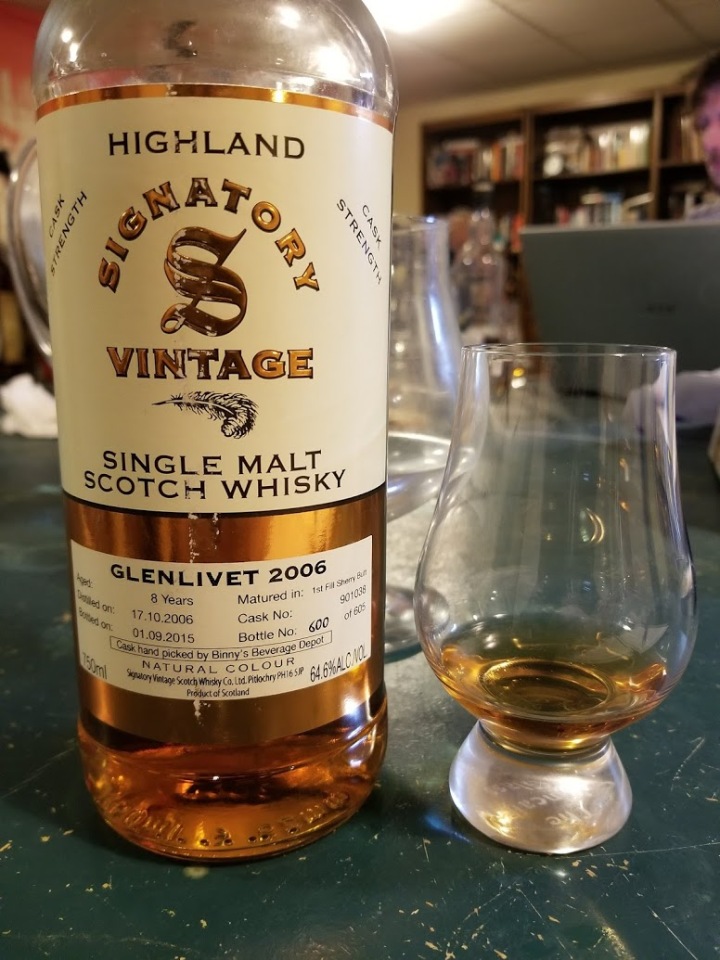 Thanks to scotchguy_to for sharing this sample!

I’m going to start with an apology on this one. When we were figuring out the order, we typically leave peat last, with very few exceptions. And we know that scotchguy_to knows his whisky. His nose puts mine and various bloodhounds to shame.

However this was something we disagreed with him on: He stated it should go after the peat. And we weren’t 100% sure. So we didn’t.

I can frankly say this could have gone after the peat. As it were, the peated malt we had next (a younger Caol Ila) wasn’t thrown off, however and in the end it wasn’t the worst mistake we’ve made.

I mean I’m still aging my own Bourbon, mistakes are coming.

Cracking open a new bottle to try, the new Jack Daniel's Barrel Proof Rye 2020 Special Release.
Happy St. Patrick's Day! Celebrating the patron Saint of Ireland with some great drams from @writerstearswhiskey and @waterforddistillery! Slàinte!
Happy Valentine's Day!
Which Benrinnes should I open next?
Happy Rabbie Burns Day! Lets make this a great 2021 so we can share a ton of drams together in 2022! Slàinte mhath!
It's Campbeltown time again, this time with the new Hazelburn 13 Year Oloroso Cask Matured.
My Tweets