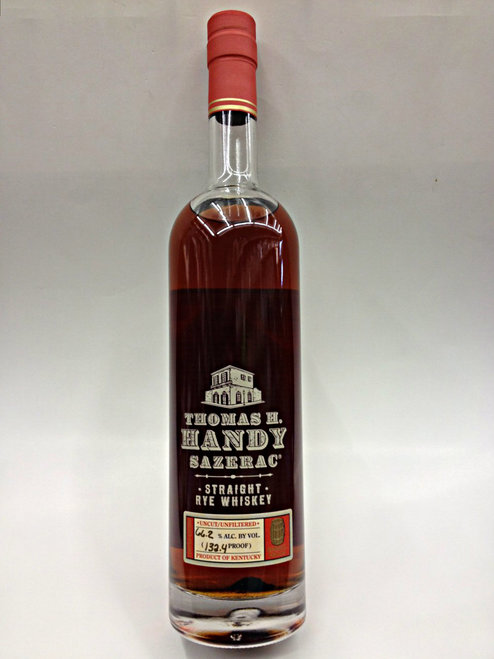 Thanks to /u/Orehnmadgib for pouring me a sample of this dram.

It’s odd having a drinking buddy like /u/devoz. He’s going to joke around and be cool, and then you find out he’s the number one reviewer of BTAC on Reddit, even though he doesn’t live in Kentucky and totally doesn’t have the last name “Handy” or “Lee” that you’d expect.

Not that bourbon requires you to be some sort of Southern US royalty in order to be the top reviewer, it’s just if I said “This guy has reviewed a ton of Buffalo Trace Antique Collection releases”, you imagine the Kentucky Fried Chicken guy mixed with a thick glasses hipster from New York. Or at least you do now. Not some guy from Canada.

So when I had a chance to review Thomas H. Handy Sazerac Rye 2009, I thought I had one up on him. One…

Thursday night bottle kill.. 2015 William Larue Weller. Stellar wheated bourbon from the Buffalo Trace Antique Collection!
We don't always drink whisky, having some Fallen Pony this afternoon. An odd pour for a very odd year.
Finally arriving on LCBO shelves, the Laphroaig Cairdeas 2021!
Can't wait for the chance to try the new Canadian Club 44 Year Old and the rest of the lineup with the brand ambassador @canadianclubwhiskyambassador Tish Harcus and @canadianclub
An early Halloween whisky treat.
Today we held a "Battle of India" whisky tasting, pitting Amrut against Paul John! We paired some cask strength single malts, Oloroso aged expressions and peated whiskies against each other and capped it off with the Mithuna, which ended up being the overall favourite of the night. despite many assuming Amrut would take the crown, nearly everyone picked a PJ expression as their favourite of the lineup. Fantastic showing and drams to share!
My Tweets