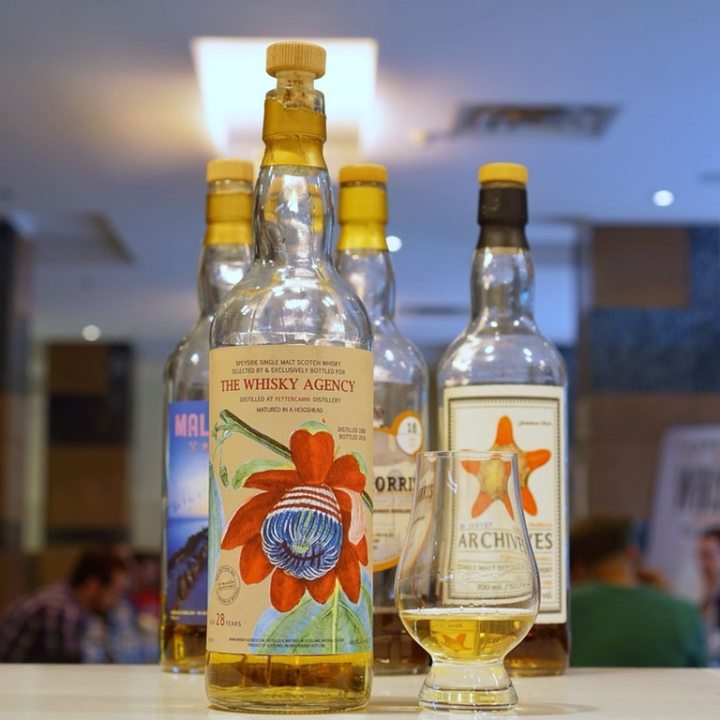 Recently there was a nice Toronto Whisky Society tasting in which a private whisky owner shared an interesting group of whiskies with a group of us.

It was at this point during the tasting when too many people took me seriously, and it was definitely time to make up for that. Thus I made a fool of myself not once, but twice during this very Scotch!

To start with, we have Fettercairn 1988 The Whisky Agency. When I was reviewing the list of whiskies, I was mixed. I’ve had a few whiskies from the German independent bottlers. Some will notice that two out of the three of TWS are from The Whisky Agency. They pick good stuff.

Fettercairn and I aren’t the best of friends. We don’t talk much. When we’re at a party together, we’re not mingling. Yeah, some people like them, but I’ve had the pleasure twice…