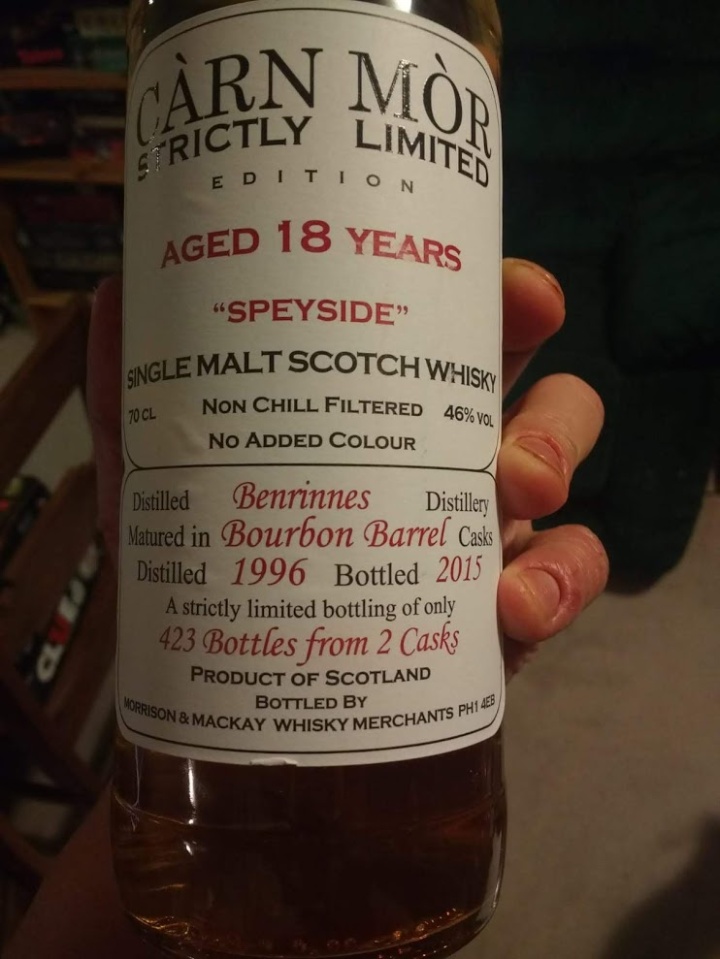 Thanks to the Toronto Whisky Society for hosting this event, and to /u/devoz for picking out the lineup.

Yours truly was presenting the lineup, and boy, let me tell you, as someone who didn’t pick the whiskies and has had a few ex-Bourbon Benrinnes, I was a bit concerned. You see… Benrinnes is big because of how nicely ts pairs in sherry. Ex-bourbon casks have this issue that they aren’t sherry.

Some of their ex-bourbon ones have this cardboard note that I, and most non-Guinea pigs, aren’t the biggest fans of.

So when I announced the first whisky (which has very few to no reviews online at the time of having the tasting) as Benrinnes 19 1996 Carn Mor Strictly Limited, I was a bit concerned and conflicted.

Conflicted because so far I’ve had some nice Carn Mor picks. They’ve been doing a great job, based on what few…