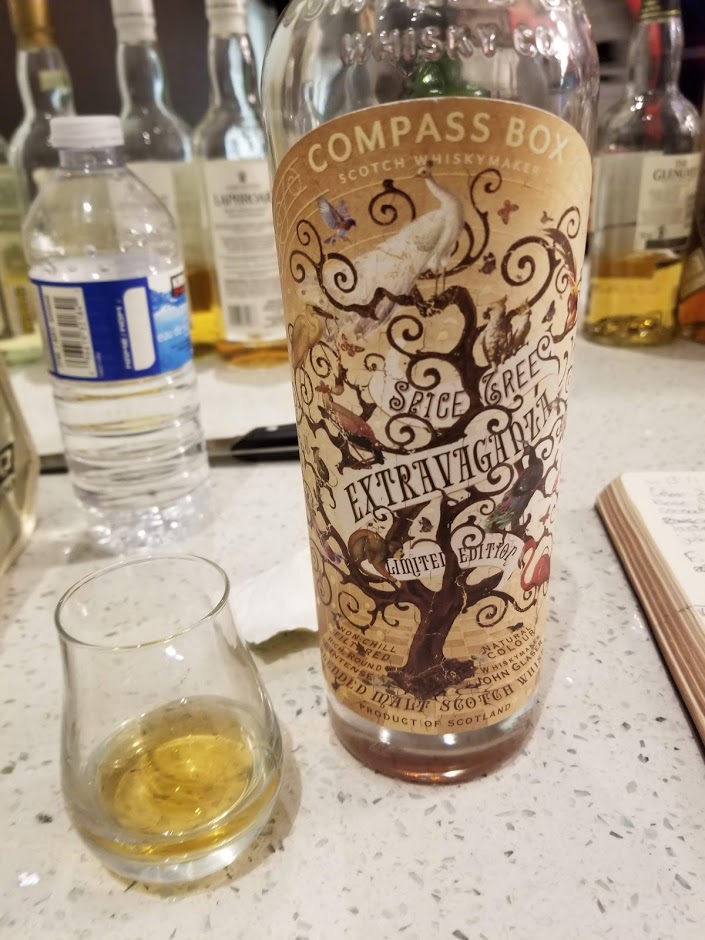 Thanks to /u/WDMC-905 for bringing this to the Toronto Whisky Society general meeting for the year.

For those of us who aren’t musical nerds (which I say lovingly), an Extravaganza is a piece of music or literary work characterized by freedom of style and structure.

You see originally Spice Tree was an illegal whisky. By using a non traditional cask, the SWA felt that they were cheating and thus the whisky was banned. On the tenth anniversary of this banning Compass Box released Compass Box Spice Tree Extravaganza. To celebrate the fact that they broke the rules and were caught using a different cask head on a cask, the equivalent in the scotch scene to dancing on kittens, we have this version.

It’s like the standard Spice Tree but with more sherry casks included.

Well I’m always up for blended malts with a twist. Let’s see how it tastes…