Like most of us, I read about and watched reviews on combining W.L. Weller 12 and Old Weller Antique (OWA) to get something that resembled a Pappy Van Winkle. I was interested. I had a few OWA ($35 CAD), and won two Weller 12’s ($46 CAD) in this year’s Sazerac lottery, so I figured I’d try it.

There are a few different recipes circulating, some include extra maturation in a mini barrel, some just a simple bottle-blend, but most were a 60-40 split OWA and 12 year. After watching John Glaser talk about the great results re-matured blends get, I figured I’d go barrel. 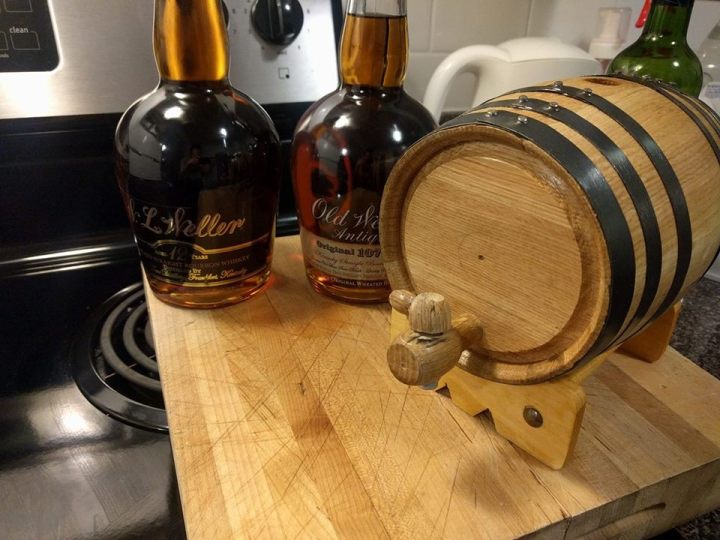 Well, the barrel was a failed experiment. Damn you John Glaser! JK. You source good wood, I spent $60 USD on a novelty toy. But I think after having around 200ml of good bourbon soaked into the wood, the next whisky I put in there might work the best.

The one question that needs to be answered; is the blend better than the sum of its parts? Well, if you look at my Weller 12 review it’s not. But it’s really close. I decided to blind taste test Weller 12, OWA, and Batch 3.

Glass B: I liked this one second best (Guess: Batch 3. Actual: Batch 3)

As expected, I liked the Weller 12 just that little bit more, but I did like the Poor Man’s Pappy better than the OWA.

Does Poor Man’s Pappy resemble anything close to Pappy Van Winkle? Some claim it’s close to the Old Rip 10, Lot B, or even the 15 year. I’ve only tried Lot B, it was good, not sure I’d say it’s definitely way better than Weller 12. So for science purposes I had to find those. But this is what I found… 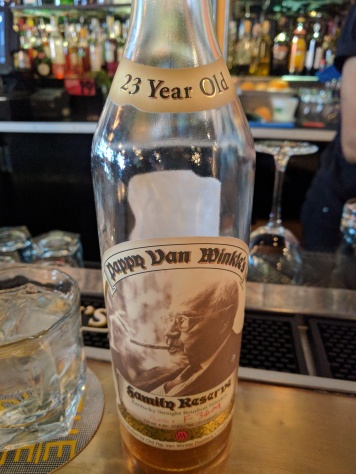 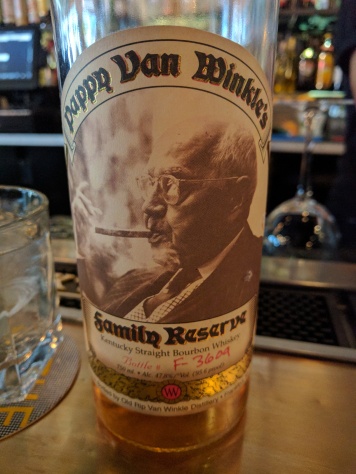 *I usually only review and score stuff that Ive had a chance to try multiple times, but ill make an exception with this because I may never acquire it.

After my initial score I will add or subtract points based on how I perceive value (based on what I paid for the bottle). A zero value means I think the price is justified.

Another year, another great Port Charlotte release from @bruichladdich
Last night we had the opportunity to partake in something AMAZING, experiencing the #bowmoreartoftime in a myriad of ways.
GIVEAWAY ALERT! Gooderham & Worts is #homefortheholidays at the historic @distilleryto and holding master classes with @spiritofyork hosted by the venerable @davemitton! We have a pair of tickets to give away to someone ($150 value) for the class on December 12 at 7pm. Tickets also give line and ticket bypass to enter the holiday market at the district. To enter:
Happy Thanksgiving to all our American friends!
The lowland that got away... This Rosebank 12 from The Distillers Agency was bottled in the mid 80s and originally sold for just $25.99! It's worth a tad more than that these days...
Christmas came early - really looking forward to enjoying the new @amrutmalt Spectrum 004.
My Tweets