Have you ever gone indoor rock climbing, and in between free climbs of the big wall, wished you could take a break and sip a few drams? Well lucky for you, the team at North of 7 Distillery has you covered! Greg Lipin and Jody Miall started the Coyote Rock Gym in 1992 with great success, often celebrated with their spirit of choice – Bourbon.

In 2013, when an adjacent unit in their complex became available, they decided to start a distillery to pursue this passion as well, starting the North of 7 Distillery – named for its location north of Highway 7 in Ottawa.

They initially paid the bills by contract distilling absinthe and selling white spirits while laying down their whisky. Their passion for bourbon inspired them to create an American style spirit using mashbills, rather than the Canadian method of fermenting, distilling and aging each grain separately. Their equipment is digitally controlled, giving Greg and Jody pinpoint precision over each step of the process. 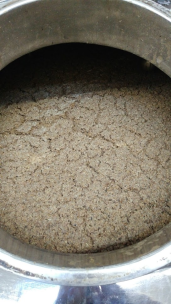 Rye-heavy mashbill in the fermenter

Their mashbills vary greatly, from a standard 51%+ corn bourbon mash, to a 95% rye, and occasionally a single malt as well. Many of the barrels on their walls contain different mashes, and thus far most of their whiskies have been released as single barrels as a result.

A few TWS founders had previously tried their first two single barrel releases, and found they varied greatly, so it was exciting to try another one of their releases at the distillery. 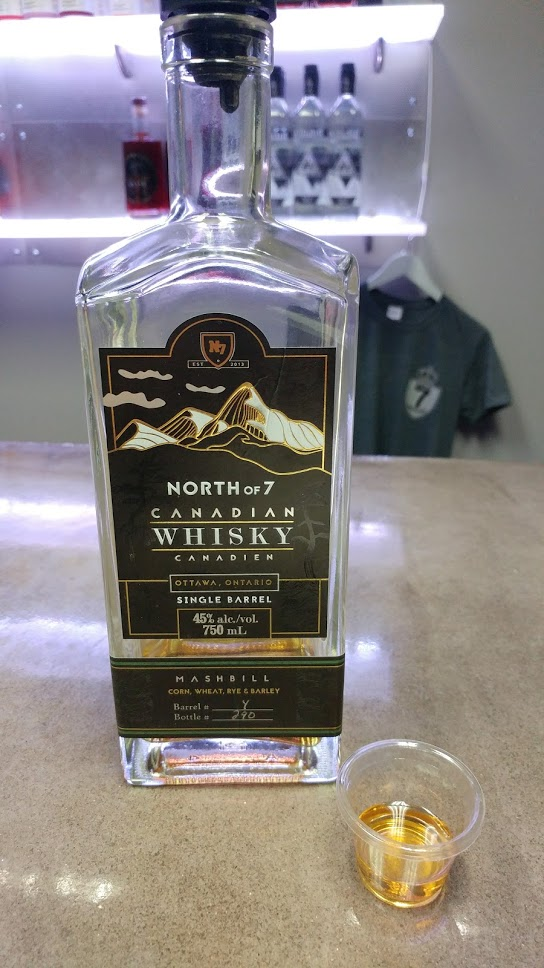 Barrel #4 had a much more typical bourbon profile than the first two with a ton of caramel, vanilla, and oaky notes on the nose and palate. The sample glassware made it a bit difficult to decipher notes, but it would receive something in the range of an average bourbon score of 80 if I had time to do a proper review.

In addition to the whiskies, North of 7 has a number of other great products:

North of 7 was one of the early entrants to the recent distillery boom in Ontario, and their passion for distilling is evident in their conversation and spirits. So next time you’re in our nation’s capital, be sure to stop by the North of 7 Distillery and give their spirits (and climbing gym) a try!

One thought on “Distillery Spotlight: North of 7 Distillery”