As you’ll have seen from past group reviews and our trip to Hiram Walker last month (Pt1, Pt2, Pt3), we’re pretty big fans of what Dr. Don Livermore and the team at Corby/Pernod-Ricard are doing in the Canadian whisky category. From their Union 52 blend that includes some 52yr old Highland Scotch, to Last Barrels – a sour mash bourbon-style whisky, – to the use of virgin oak, cask strength and interesting finishes on the upcoming Northern Border releases, Don is demonstrating that Canadian whisky doesn’t always have to follow the same formula. 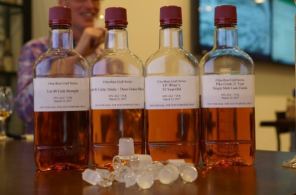 The story of this next bottling in the Rare Cask Series goes back many years, and is integrally tied to Don’s own story at Pernod-Ricard/Corby. Don started as a technician in the QA lab at Hiram Walker, testing batches of whisky to ensure they met the quality standards of the company and government. He then joined the Product Development & Research team and helped develop new releases for over a decade. In 2012, Don was promoted to the position of Master Blender and has since overseen a boon of innovative new releases.

During his time at Hiram Walker, Don first earned his Master’s degree, and then became one of only a handful of people in the world with a PhD in brewing and distilling. He did this using about 114 barrels of various whiskies: corn, rye, pot distilled, column distilled, char #2, char#4 and seeing how the wood interacted with the different spirits over time. He wanted to discover what impact the wood has, and discovered that a lot of the difference in end flavor after 3 years is actually due to the distillation method, and the flavor compounds you remove or leave in the whisky. In the end, Don developed a testing system that can determine the quality and impact a barrel will have on the spirit, and made discovered interesting things like repeated re-fills of a barrel don’t have much variation in the wood impact on the whisky, a #2 char allows more extraction than a #4 char, most of the extraction happens in the first couple months etc. Some graphics he shared with us are below and you can read about these findings and more by checking out his thesis!

After all of the experiments were done, those 114 barrels sat in the warehouses for over a decade, maturing and waiting. In 2017, Don decided it was time to use them in a commercial release and the result is J.P. Wiser’s Dissertation, a celebration of Don’s accomplishments in the industry and in academia. 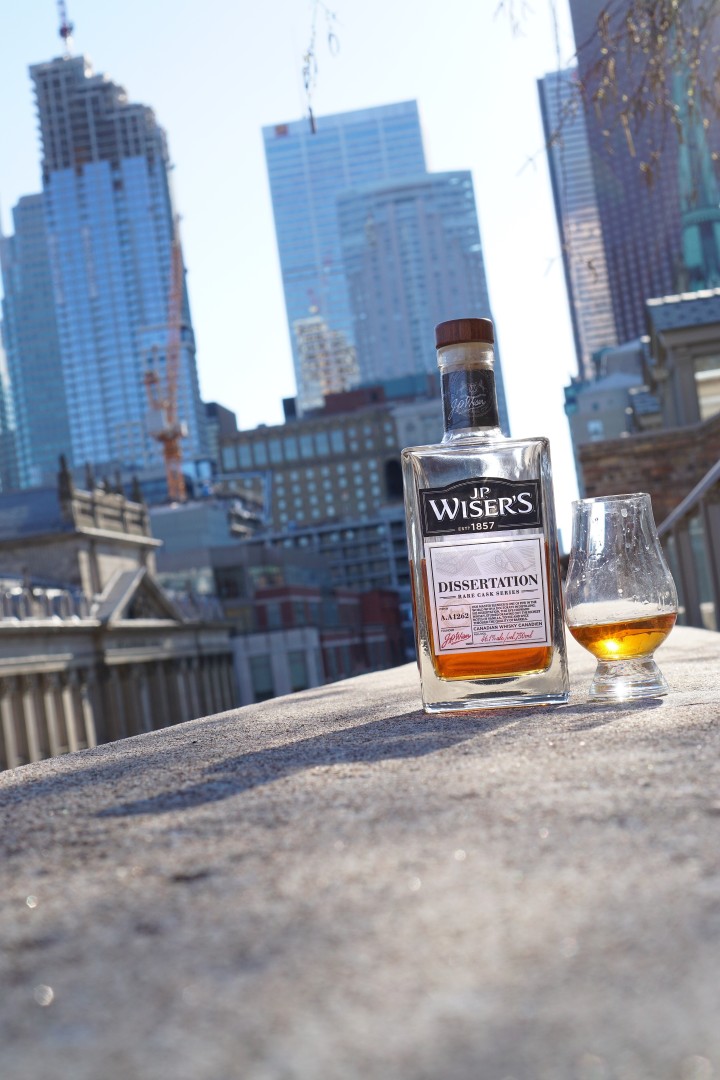 Pre-release, it has already won accolades, earning the title of World’s Best Blended Limited Release at the World Whiskies Awards, and a Gold Medal at the 2017 Canadian Whisky Awards, leading many to speculate what it’s all about. Here are some details on what went into this award winning whisky!

The Toronto Whisky Society was given a pre-release bottle of J.P Wiser’s Dissertation to review. We distributed samples in late April and aggregated the results with common tasting notes and scores. All reviews were done before we had any of the specs or details mentioned above (aside from ABV), to ensure an unbiased review process. This is the first review you’ll find posted of the whisky, and we’re very excited to bring you this exclusive pre-release look!

NOTE: receiving a bottle does not impact how we review or score a whisky. TWS will always review a whisky on its own merit, without consideration of how it was sourced.

This whisky was well received and got above-average scores for this group. Here are some quotes with stats and tasting notes below:

Dissertation hits LCBO shelves this week, so if you liked what you read here, be sure to pick up a bottle!

Don is well known for his interactions with fans on the web and can be found on Twitter, Instagam, and Reddit (where he did an AMA in 2016). Be sure to contact him with questions if you want to know more!