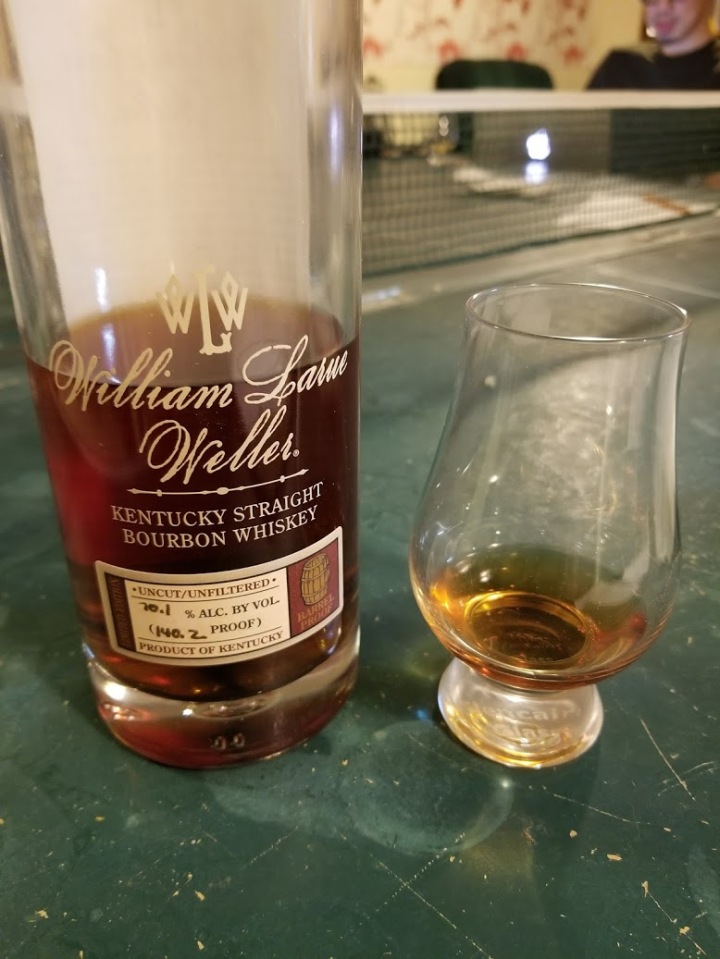 Thanks to /u/devoz for the sample.

So we’re at a tasting. And I’m told that the next one is William Larue Weller (2014). And like any other reviewer in my shoes, I reacted appropriately.

You see, the last time I reviewed a William Larue Weller, I thought it was pretty good. And because I didn’t immediately collapse from happiness and give up all other whiskies, I was wrong. Something I’m used to being quite a bit.

But William Larue Weller (2014) was part of the tasting. And when offered a whiskey, I wasn’t taught to turn it down… as my parents didn’t follow my grandparents belief in teatotaling.

William Larue Weller (2014) is bottled from 39 barrels, aged for 12 years and 3 months, and made from an undisclosed mashbill. Only 3,933 bottles were released this year, with a 62.3% loss from evaporation being the main culprit…