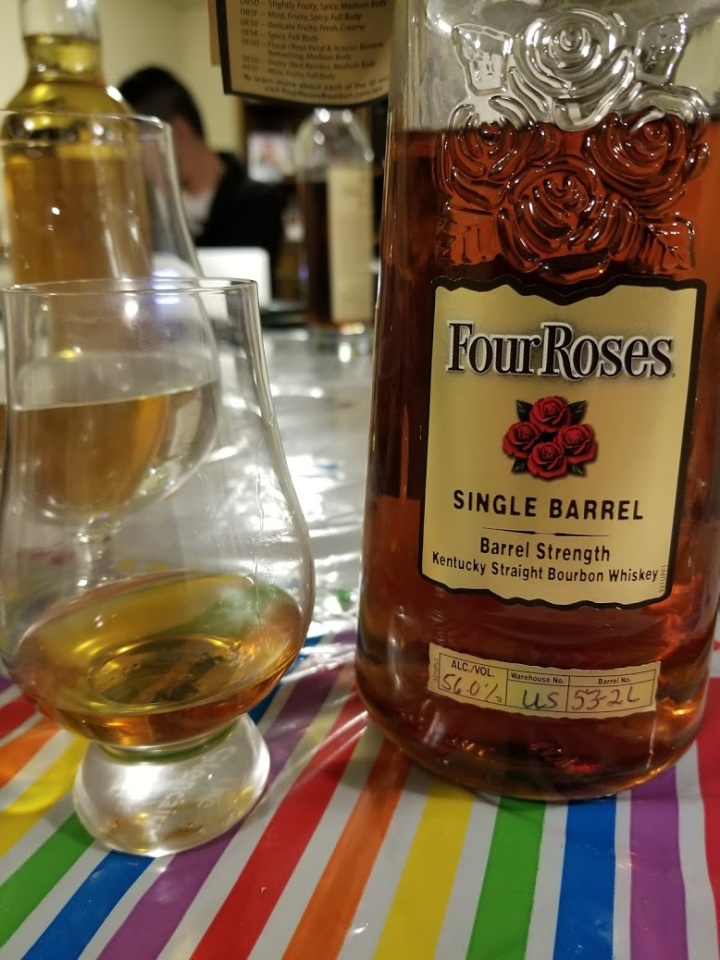 Thanks to /u/devoz for sharing this dram

I am proud to say that I have reviewed one of each of the recipes from Four Roses. And after that, I declared that the most amazing part of any US company is the ability to make different whiskies and then blend them well.

So of course I keep ending up with different single casks of each recipe. Just to make sure I was correct.

So when offered a dram of Four Roses Private Selection (OBSO Liquor Barn), I said yes. Because I haven’t had it. Also it’s on the older side of these releases at nearly 12 years, and I do agree with Benjamin Franklin on the love of the older side. Not as old as him though. Serious GILF hunter that guy was.

So the recipe breakdown: O – Was made at Four Roses Distillery in Lawrenceburg, KY. B –…