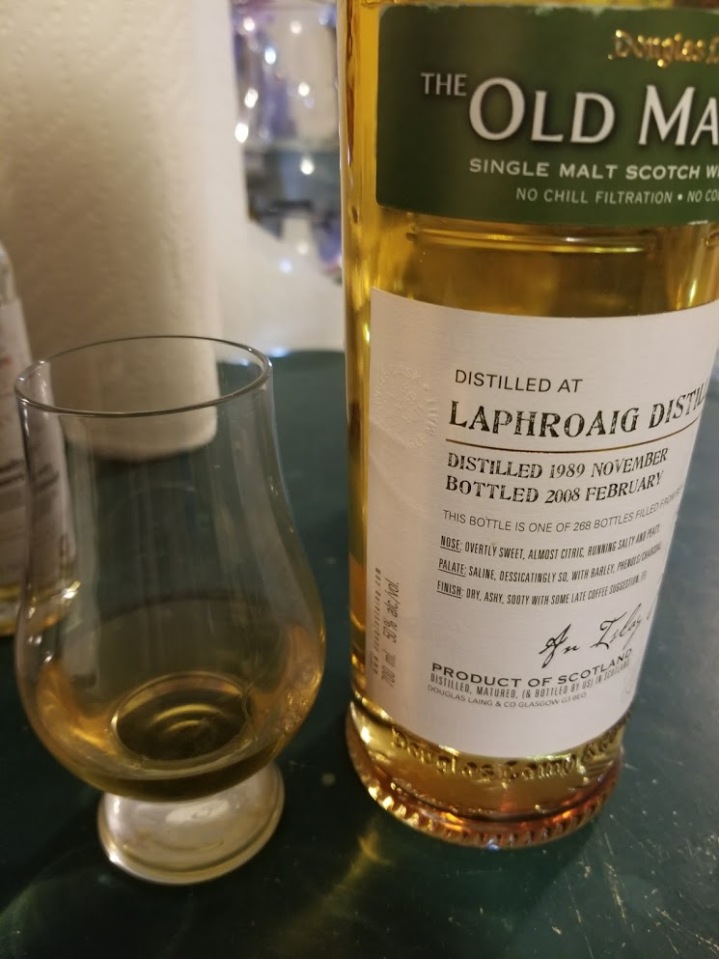 Thanks to /u/xile_ for sharing a sample of this whisky.

First IB of the Laphroaig of my current series, “To Quaff a Laphroaig”. We all had Laphroaigs, we all had time, we opened them up, and then drank them. Not at once though, because that would be silly.

Laphroaig 18 1989 Douglas Laing Old Malt Cask comes to me because I, silly enough, said that last year I had too many Laing offerings. Thus we had to have two.

So perhaps I should change my tune: I feel that, now with the changes to the Old Malt Cask offerings, I’ve had enough. However this one came out a decade ago, so it’s completely fine.

Oh, do I have something on my face? How about my other face?

The first of the OMC is a Laphroaig that’s 18 years old and aged only in a refill ex-bourbon hogshead. Let’s see how it does, shall we?