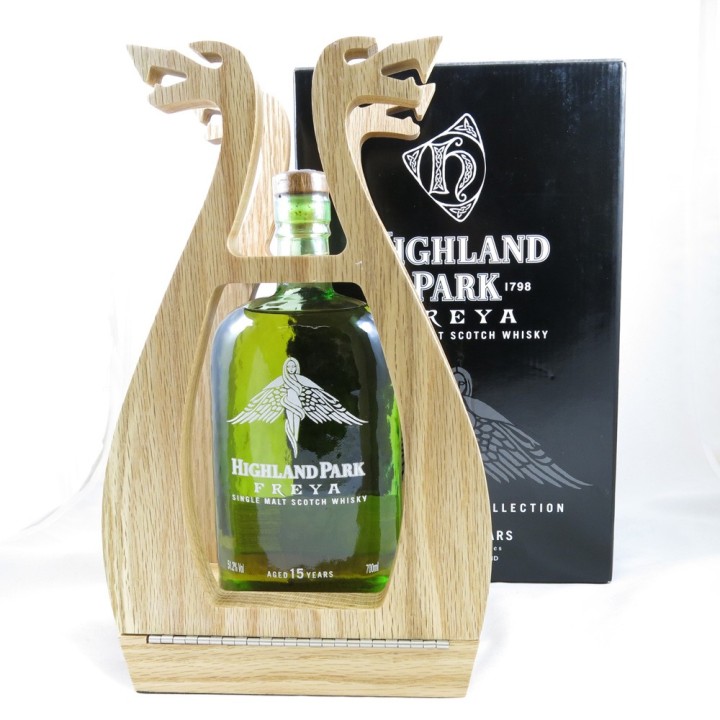 And I finish up my trip to L’Île Noire Pub, I do a dram that I am both interested in and find silly that it exists

Glory be to Freyja, she who rules over the afterlife field Fólkvangr. It is our gift to her to send half of those that die in glorious battle. She presides over all that is love, sex, beuaty, fertility, gold, war, the ancient Norse spellcasting of seiðr, and death.

Well, that’s what we’ve been told, at least. You see, Freyja shows up in in various poems. She’s compared in current times to the goddess Venus, however from what I’ve read, she’s more so known for her pining for her husband, her wisdom, and her fierce temper and strong will as the valiant protector of human souls.

It’s odd to find a strong female influence in a very male dominated mythology. But why do I…

Never skip Ledaig day.
Recycling Day!
A cold, cloudy and rainy after in May seems like a great excuse to crack open the new Ardbeg Wee Beastie. A 5 year old Ardbeg at 47.4% from a mix of bourbon and sherry casks.
Happy Cinco de Mayo!
Cracking open a new bottle to try, the new Jack Daniel's Barrel Proof Rye 2020 Special Release.
Happy St. Patrick's Day! Celebrating the patron Saint of Ireland with some great drams from @writerstearswhiskey and @waterforddistillery! Slàinte!
My Tweets